Begreppshaveriet is a semi-autobiographical novelization of the life of Grant Watkins. The novel is a reasonably accurate portrayal of Watkins’ life as an artist and art student. It details incidents (probably exaggerated) of his childhood and adolescence. The novel dissolves into fiction as his writing process takes over his art practice. He seems to explore the depths and dangers of the solitary act of storytelling.

As the novel progresses, questions over the death of his family become increasingly prominent. From this point, the fictional life of Watkins reflects the real Watkins, but only in some descriptions of the past and possibly in his general sentiments. However, the boundary between art and life is blurred when the real Grant Watkins has gotten under the skin of his character and seems to play the role of his fictional self, complicating the ideas of fact and fiction. 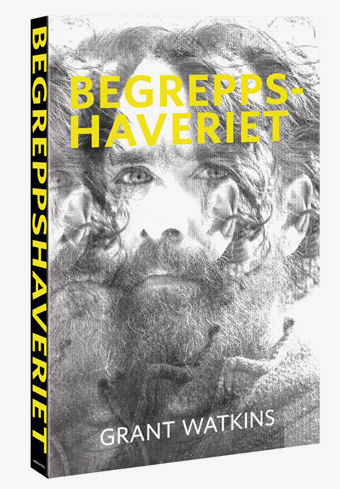 Art in the Public Realm