I came up with the idea for my degree project one day when I was at my parents. I was looking through all the pictures of me from my childhood that my father had photographed. I looked at all of them at the same time. The difference between watching them this time from the times before was that the quantity of the pictures made a strong impact when looking at them at the same time.

It felt somehow as though the photographs could have been telling a story about some other persons childhood or that my own felt as though it was total fiction.

When I was born a got an old antique charm bracelet from my mothers grandfather Kalle. He was a sailor and had various classic nautical motifs tattooed on his body. A full-rigged ship on the chest, a pin-up on the upper arm and an anchor at the inside of his left wrist. The silver bracelet, was placed in a silver case that was plain without decorative elements. According to my memory it was kept in my mothers bureau. It was antique and had patina and was a little dirty. It didn’t glisten and was fairly rough in a way. There were three charms on the bracelet; a simple anchor, and a heart with small strokes on the right side. There was also a four-leaf clover which as well as the heart had small strokes engraved in some way, I do not really remember exactly how. I remember that I really treasured this bracelet and the fact that I grew out of it quickly made me sad.

According to my mother there are no such jewel and has never been. She kept notes on what I received when I was born and according to these there was a necklace, in the description completely different from the bracelet I remember.

I will try to re-create the jewelry with the help of an illustrator from the Historical Museum, an artist friend of mine and a goldsmith. Meanwhile I am having a letter correspondency with Göte Göransson, artist and illustrator specialized in reconstructional drawings of Swedish history.

The project tells a story about the bracelet, a personal memory of an object that might never have existed. 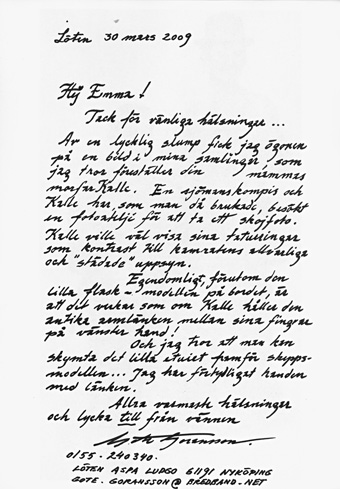 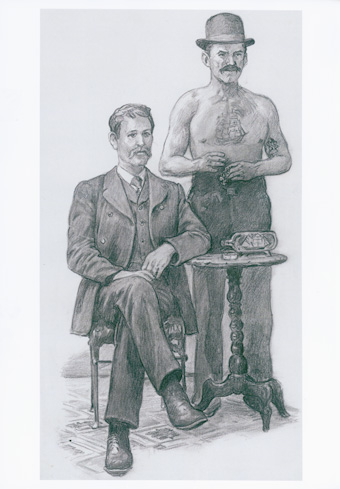 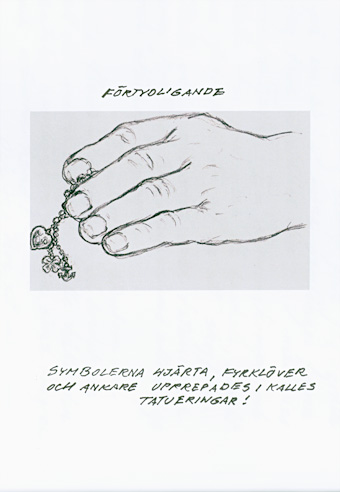