Care process It was learned at a later consultation, that the name of this pat is Anna Odell, born Pers. ID no 731003-xxxx. She had previously explained that she had staged a repetition of Anna having become psychotic 10 years earlier. All was just to carry out a project. Anna described how she had spoken with various persons and informed that she wanted to pretend to be psychotic for 24 hours and see what happened then. Anna left "To reconstruct a psychosis" by Anna Odell Konstfack 2008, in which pat’s entire reasoning regarding events of the past day are described.

Mental status Fairly good formal and emotional contact. No evidence of psychosis. Clear and lucid, quite clever. No psychotic symptoms!

Procedure / planning After sign became so upset that I sign could not stay in the room, belongings were returned to the pat who was immediately released. She would like to explain but sign, who was not really capable of listening to this, explains that she can obtain the sign’s address and mail the explanation!

35-year-old woman with psychotic episode 10 years earlier. Carried out a repetition/staging of this episode. Feigned psychosis. Not currently judged to suffer from any serious mental disturbance, has only simulated psychiatric symptoms and thus does not fulfill criteria for compulsory institutional care (LTV). 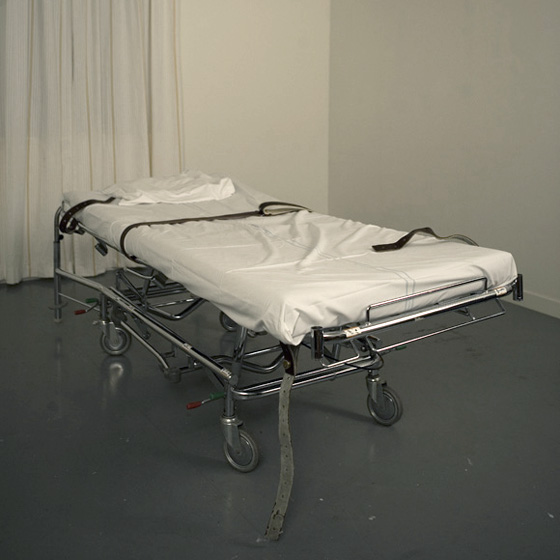 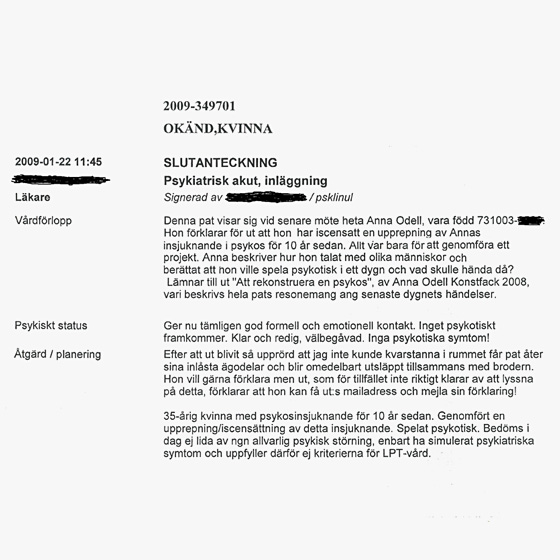