Thumbelina, or The other wild

It is May in Stockholm. In one of the green corners of the suburbs a girl as small as a thumb is born. She is kidnapped by toads, but is not rescued and married off. She rescues herself and stays living on the periphery, surviving on picnic leftovers and rubbish.

My degree project took the story of Tammy Thumb as its starting point. Using stolen texts and literary samplings from macho men and radical feminists I have created a new version of the story in which Tammy Thumb is a survivor in the wilderness.

I am primarily a draughtsman, and I use pencils, a computer, watercolors, a projector and ink. I am influenced by the storybook tradition, and by biological illustration. I this project I have above all been inspired by Elsa Beskow and by the film Into the Wild. 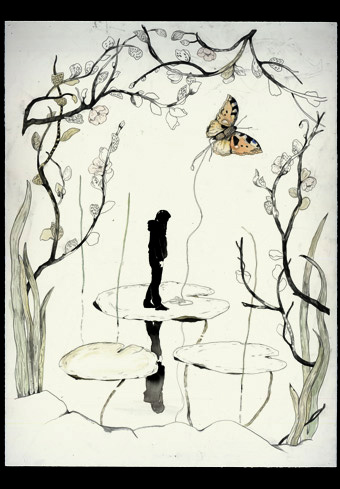 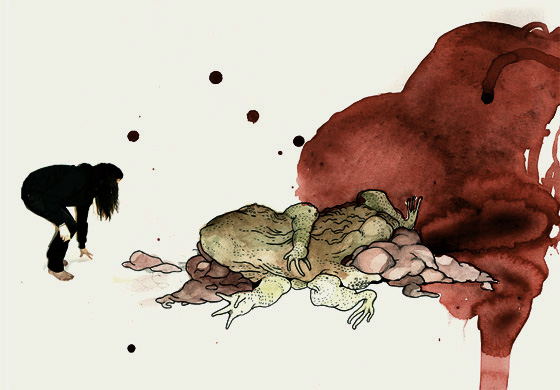